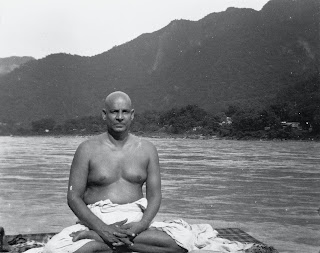 Chitta is the mind-stuff from which the vrittis arise

The thinking principle is a comprehensive expression equivalent to the Sanskrit term antahkarana. Antahkarana is a broad term used in vedanta. It includes manas (mind), buddhi (intellect), chitta and ahamkara (egoism or self-asserting principle).

The one mind assumes the three other forms, buddhi, chitta and ahamkara according to the different functions it performs (vrittibheda), just as one man is a judge in courts, president in a sabha, store-keeper in a store and general secretary of a managing committee. Manas is a sankalpavikalpatmaka (willing and doubting), It thinks whether to go to a place or not, whether to do this or not, and whether this is good or bad. The mind is of a doubting nature.

Buddhi (intellect) nischayatmaka (certitude). It is the determining faculty, It is that light of buddhi that determines one way or the other. I must go to Dehra Dun by this evening train. I must do this work. This is good. Chitta does the function of anusandhana (contemplation) and dharana (concentration). The function of memory also belongs to chitta. According to yoga philosophy, chitta is the mind-stuff or the mental substance; and the mind, intellect, and egoism are various processes in the mind-stuff.

Ahamkara is the self-arrogating principle. It does the function of abhimana (identification). It creates mamata (mineness). This is the root cause of all human sufferings. All vrittis hang upon this one "Aham Vritti" ('I' thought). It is the root cause of human ignorance.