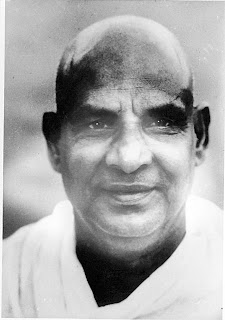 Death is only a process by which life is continued. Death is not annihilation of the self. Hence do not be afraid of death. Death is for the better; it is a blessing. Therefore grieve not. Life is impossible without death. Death is just another aspect of life. Until the proper time comes, one's death does not take place, however serious the disease or accident may seem. When the right time comes, then one can die by the edge of a straw!
Life is a lightning flash of breath. Time is but a thunder clap of death. The doctrine of reincarnation is indeed a great solace to humanity in so far as it shows a way out from eternal damnation in hell.
When the lust for life ceases, no further rebirth will take place. One power works through all hands, sees through all eyes and hears through all ears. All humanity is one in substance. The same flesh and the same blood form the body of an American, an Englishman, an African and an Indian. The instincts and longings are common to all creatures. This indicates the oneness of all forms of life.
Experiments have revealed life in stone, in wood and in minerals. They have established the unity of consciousness or the unity of all life. Prana (energy) is the driving power of the world. Force is energy. Spiritual force is the saving power. It is the greatest of all forces. It can control all physical and mental forces.
Physical science is objective and hence cannot lead to absolute truth. There is a soul behind mind and nature and will. Soul is the divine essence. The conception of the unity of God is the pivot around which all other doctrines revolve. No religion, no nation, no scheme or reform, nor plan for the future of the world, will endure if it is not based on genuine faith in God. We all belong to one and the same family, to one and the same house, that of the Supreme Lord - the creator, the nourisher and the sustainer.
- - -
When you look at a tree or a shrub, a Sikh or a Muslim, endeavour to behold, behind the veil of form, the real hidden consciousness. If you do this for some time, you will feel inexpressible joy. All hatred will cease. You will develop cosmic love, or unity of consciousness. This will be a magnanimous experience.
Posted by Swami Suryadevananda at 1:00 AM