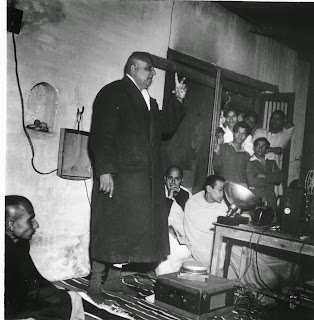 Karma is a Sanskrit term that signifies action or deed. Any physical or mental action is karma. Thinking is mental karma. Karma is the sum total of our acts, both in the present life and in the preceding births.
Karma means not only action, but also the result of an action. The consequence of an action is really not a separate thing. It is a part of the action and cannot be divided from it. The law of karma means the law of causation. Wherever there is a cause, there an effect must be produced. A seed is a cause for the tree, which is the effect. The tree produces seeds and becomes the cause for the seeds. The cause is found in the effect and the effect is found in the cause. The effect is similar to the cause. This is the universal chain of cause and effect which has no end.
No link in the chain is unnecessary. This world runs on this fundamental and vital law. This law is inexorable and immutable. This grand law operates everywhere in the physical and mental planes. No phenomenon can escape from the operation of this mighty law and all other laws of nature are subordinate to this fundamental law.
No event can occur without having a positive, definite cause at the back of it. The breaking out of a war, the rise of a comet, the occurrence of an earthquake or a volcanic eruption, the outbreak of an epidemic, thunder, lightning, floods, diseases of the body, fortune, misfortune, all have their definite causes behind them.
The grand law of causation includes the law of action and reaction, the law of compensation and the law of retribution. All these laws come under one general, all-embracing heading, namely, the doctrine of karma.
If there is an action, there must be a reaction. The reaction will be of equal force and of similar nature. Every thought, desire, imagination and sentiment causes reaction. Virtue brings its own reward; vice brings its own punishment. This is the working of the law of reaction. God neither punishes the wicked nor rewards the virtuous. It is their own karmas that bring reward and punishment. It is the law of action and reaction that brings the fruits. No one is blamed.
The law operates everywhere with unceasing precision and scientific accuracy. The law of action and reaction operates both in the physical and mental planes.
Posted by Swami Suryadevananda at 1:00 AM