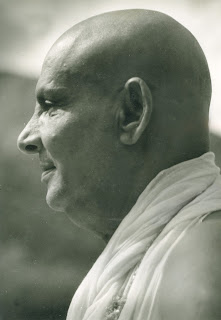 Man wants happiness. He tries to get it from money, from power, from woman, from son, from position and so on. He rushes from one thing to another trying to find happiness. He gets knocks, blows, failure and disappointment. He laughs, dances, weeps and mourns. His senses get exhausted. He gets disgust for objects. Eventually he experiences that sense objects are illusory and that real lasting happiness cannot be found in them.
Man feels the need for a particular object. He tries to get it. If he succeeds he is delighted for a moment. If he fails he is sunk in despair and sorrow; he is gloomy and depressed. If he loses an object he becomes very miserable.
As soon as one want is gratified, another new want crops up. There is no end to his wants. Cares, worries, anxieties and fear co-exist with wants and desires. Want is the product or offspring of ignorance. Brahman is all-full. All wants are satisfied in Brahman.
The restlessness of the mind is kept up by all these wants. He who wants nothing is a mighty emperor of the world. Sri Shankara says: "That carefree saint who moves about with a kowpeen or loincloth only, without possessions, without the idea of ownership, without any wants, is the most happy person in the world." Wants and desires can be eradicated by Self-realisation only.
Any number of zeros have no value unless you add a '1' before them. Similarly, even if you possess the wealth of the whole world, it is nothing if you do not lead a spiritual life, if you have no spiritual wealth, if you have no Self-realisation.
You will have to add the Atman to the life here. That is why the Lord Jesus says: "Seek ye first the kingdom of heaven and its righteousness, and all these things shall be added unto you."
- - -
Mind is greater than the senses. Pure intellect is greater than the mind. Atman is greater than the intellect. There is nothing greater than Atman.
Brahman is without senses, mind, prana. He is within and without all beings. He is immovable; he is extremely subtle. He is the light of all lights.
Posted by Swami Suryadevananda at 1:00 AM