World is the Body of God 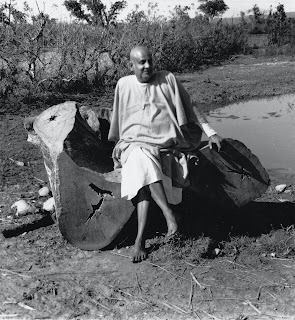 The universe is a mirror in which is reflected the being and beauty of God. God's universe is ruled by his eternal laws. In the East, the law of cause and effect is called the law of karma. In the New Testament it is expressed in the words: "Whatever a man sows, that he will also reap." What is written is written and no man can change the eternal plan. That which is decreed by God's will occurs on this earth. There is system, method, order, regularity everywhere in this universe because the universe is, ultimately governed by God.
This world is the body of the Lord. This world, though it really is not, appears to be. Know that it is nothing but a reflection. When you know the rope, the snake-­knowledge disappears. Even so, the world does not really exist and yet appears to be existing through ignorance. It disappears with the knowledge of the Atman on which the illusion of the world is superimposed. In Brahman or the Absolute, this world shines falsely, owing to ignorance. It is not true, even as dreams under the influence of sleep. It is because of illusory superimposition on the part of the individual that the empirical names and forms appear to be real. When, by the power of meditation, the effect (world) is negated as unreal, the cause (Brahman) also ceases to be a cause. The certitude or conviction that the universe is not the supreme Brahman is itself avidya (ignorance). Hence the certitude that, "The universe is Brahman alone", is emancipation.
The world is a spirit manifested in space and time. When you look at the Absolute, through the senses, it appears as the universe. The puryastaka (body) is composed of the eight - that is mind, egoism, intellect and the five objects of the senses (sound, sight etc.). All these, composed of the five elements, are appearances only. So also is time through right discrimination. In this mortal world, everything perishes, but the ideas and the ideals do not perish. Ideas are more enduring than objects, which are perishable, but Atman, the immortal soul endures forever. Just as the universe appears dark to the blind, and shining to those who have eyes to see, so it appears blissful to the sages and painful to the ignorant.
Posted by Swami Suryadevananda at 1:00 AM